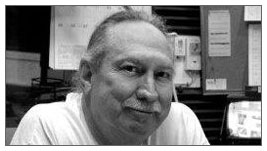 Gary Wagner fell in love with radio broadcasting at the age of 17. He was working in radio professionally when, two years later, he went into the army and got shipped off to Vietnam. While there he worked at a 50,000 watt radio facility used by the army for tactical purposes. After his tour of duty, he moved to Illinois and worked at several radio stations there over a 8 year period. In 1979 he had the opportunity to interview Muddy Waters for WJKL in Elgin. The seed had been planted. A couple of non-radio careers later (real estate, graphic design, computer tech) it was 1991 and the 88.1 Blues show needed a host. Gary became "The Wagman" and over the next 9 years built the program up to its highest ratings ever. Now the Wagman is back in the saddle, spinning blues tunes to the KJAZZ blues fans all weekend long in a unique Wagman style. Listen in every Saturday from 2PM to 6PM PT and Sunday from 2PM to 7PM PT on 88.1 in Los Angeles, or worldwide on-line at www.jazzandblues.org.

I listen to every CD I get!