Jazz lovers join brunch enthusiasts on Hornblower Cruises and KJazz every weekend for a refreshing coastal escape! Set off from picturesque Marina del Rey or Newport Beach, where abundant sunshine and salty breezes stimulate your senses, take away stress and turn your weekend to perfect. 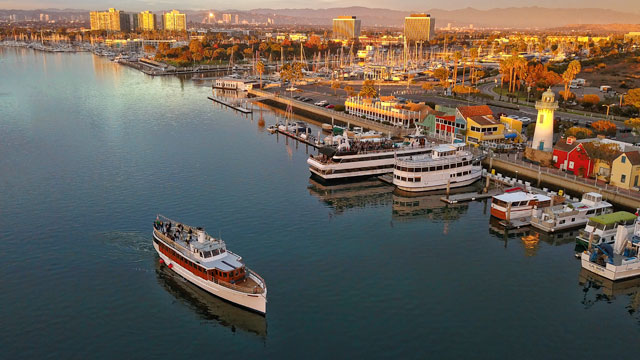 You'll be welcomed onboard with champagne, a private table and a bountiful, unlimited buffet. Choose from classic American breakfast dishes and freshly-carved meats, plus plenty of seasonal salads, lunch entrees, and rich, decadent desserts. Enjoy dining while you take in the harbor sights. Relax with live jazz music while cruising past southern California's gorgeous waterfront, sail boats, luxury yachts, and sea life.

The Hornblower Champagne Brunch Cruise is an unforgettable experience to share with a group of friends or family, a special date, or out-of-town guests. 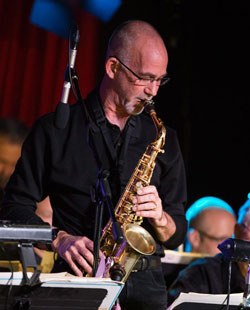 MIKE WHITMAN
Mike Whitman is a Grammy Award winning musician with over 30 years of experience in the entertainment business. He graduated from Cal State University of Long Beach in 1980 with a B.A. in Music. Mike is a respected woodwind player in Southern California and over the years has gathered many notable credits. He was a member of Poncho Sanchez' band for the Grammy award winning live album Latin Soul. He performed at the Grammy Awards, the Golden Globe Awards and three Academy Award shows.

Mike Has played lead alto saxophone for the Jack Sheldon Orchestra since 1993 and was a member of Stan Kenton's last orchestra in 1979.

He performed at birthday parties for Billy Crystal,Rob Reiner, Don Rickles, Merv Griffin and Frank Sinatra. He even performed for Queen Elizabeth during her tour of Southern California in 1982! 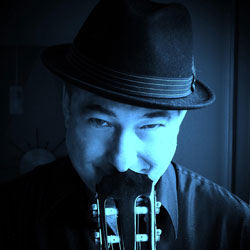 Mat Gurman is featured on the "Guitar on the Edge" compilation CD series which boasts "Over one hour of the World's hottest Guitarist" along with Allan Holdsworth, Frank Gambale, Steve Morse and Wayne Krantz. Mat's first CD "Journey to the Center of the Groove" and new project "Cape Cali featuring Mat Gurman" are available on iTunes, CDbaby and Amazon. Mat's blues instructional videos are among the most popular on the web as well as DVD.

Mat Gurman Holds a B.F.A from California Institute of the Arts (Disney School of the Performing Arts) where he studied Indian and African music, guitar, composition and film. He attended Dick Groves Music Workshops and College of the Siskiyous where Mat participated in workshops and clinics with Dizzy Gillespie, Joe Williams, Jon Hendrix and Carmen McCrae under the direction of vocal/Jazz luminary Kirby Shaw. 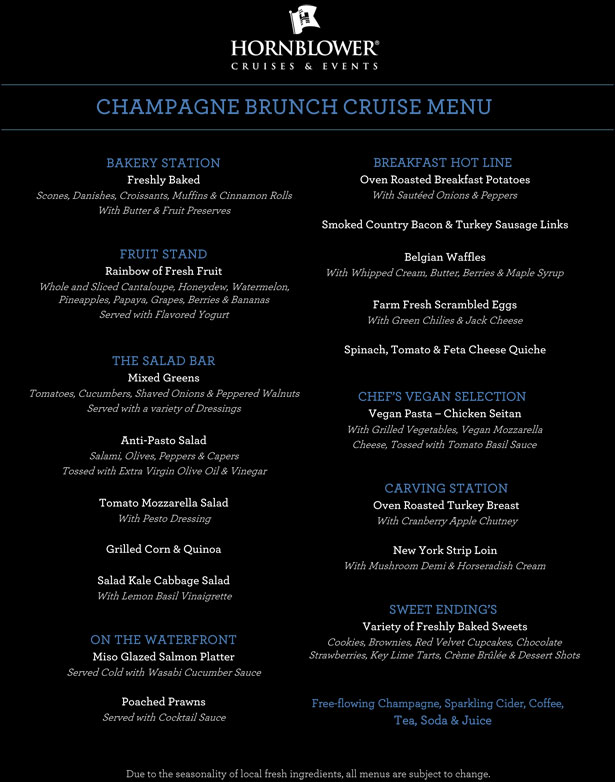