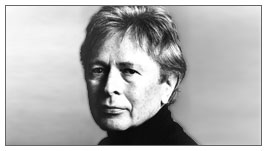 Arriving in Los Angeles, Johnny worked at the MOR, KGFJ which evolved into R&B. Six years later he moved his talents to the legendary 710-KMPC. In Billboard's 1966, 1967 and 1968 Radio Response Ratings. Johnny was voted #1 Pop LP's Disc Jockey. He also scored in the Jazz category as the second most influential.

In 1975, he was a TV host of KTLA-5's Calendar show, and lent his voice as the West Coast announcer for the ABC Network.

Johnny has said "I'd like you not to picture me as a Disc Jockey spinning a record... rather picture the singer on the stage or in a concert or cabaret. I present sounds of orchestras and singers. I don't give dates because I don't want to monkey with people's memories. I'd rather deliver on anecdote than a stat"