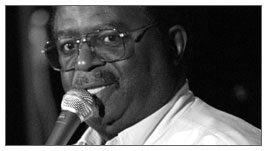 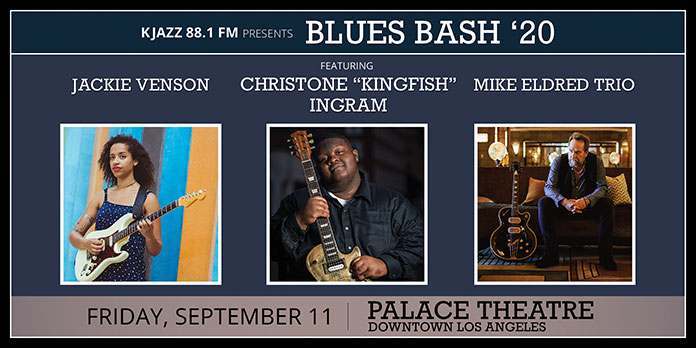 VIP Tickets - $250 per pair
A limited number of VIP tickets are available for a $250 donation per pair:

Christone “Kingfish” Ingram
Once a generation, a blues artist comes along who not only reminds mainstream audiences how deeply satisfying and emotionally moving the best blues music can be, but shakes the genre to its core. With both eyes on the future and the blues in his blood, 20-year-old guitarist, vocalist and songwriter Christone “Kingfish” Ingram is set to take the music world by storm with the May 2019 release of his debut album, KINGFISH. Sprung from the same earth as so many of the Delta blues masters, Kingfish comes bursting out of Clarksdale, Mississippi, just ten miles from the legendary crossroads of Highways 61 and 49. A student of the Delta’s musical history, he is acutely aware of the musicians and the music that emerged from his corner of the world. “I do think I have an old soul, that I’ve been here before,” he says. “I’m moving forward with one foot in the past.”
christonekingfishingram.com

Jackie Venson
Obsessed with music from an early age, singer/songwriter Jackie Venson immersed herself in its study, attending the Berklee College of Music to practice classical piano. However, it wasn’t until she switched to the electric guitar, that her long-simmering passion for emotive live performance was realized. Abandoning the straight-laced world of classical for the raw power of blues and soul, Venson has since been tirelessly honing her skills into an intoxicating amalgam of Blues, Rock, R&B and Soul with deeply heartfelt lyrics. Having just released her latest studio album “Joy”, Venson is in the midst of her global “Joy to the World” tour, which will see her playing shows all the way from Alaska to Austria and back!
jackievenson.com

Mike Eldred Trio
Voted one of the best guitarists in Americana / Roots / Blues music, The Mike Eldred Trio is a roots “Super-Band” with Eldred (formerly with Stray Cat Lee Rocker) and John Bazz and Brian Fahey from The Blasters and The Paladins! Their first CD (The Mike Eldred Trio) sent shock waves throughout the Americana/roots/blues community garnering rave reviews. The band's second CD (61 and 49) was voted of the Top Ten CD releases of 2011 by the Los Angeles Times.
mikeeldredtrio.com