Jazz After Midnight
1am - 7am

Modern Jazz Quartet
Softly As In A Morning Sunrise 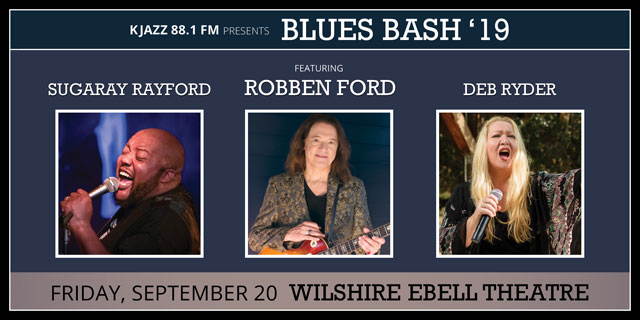 Sugaray Rayford
Sugaray Rayford is an American soul blues singer and songwriter. He has released six albums to date and was nominated for two Blues Music Awards in 2019. In May of 2011, Sugaray became one of the lead vocalists for the Mannish Boys. He sang lead vocals on 9 songs on Double Dynamite, the Mannish Boys CD that won Best Traditional Blues Album in May 2013 at the Blues Music Awards. His first solo CD Blind Alley was a self-release in 2010, which garnered critical acclaim. His second solo CD Dangerous in 2013 debuted at # 2 on Blues Debut Chart, #6 on the Roots Music Chart and #2 on The Living Blues Chart.
www.sugarayrayford.com

Deb Ryder
Deb Ryder's vocals have been described as big, devastatingly powerful, whiskey soaked, a force of nature, reminiscent of her major influences Etta James and Koko Taylor. Deb's stage presence is captivating while her amazing vocals take the audience to new levels of enjoyment. Her standout performances have garnered awards and critical acclaim at festivals and venues throughout the US, Canada and Europe.
www.debryder.com